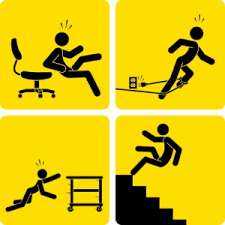 Many premises liability (Slip/Trip and Fall) cases are won or lost within minutes of the event. If you have become a victim of a slip and fall incident or suffered an injury due to other dangerous conditions existing on another property, it is important you take precautions from the very beginning to preserve your legal right of recovery.

First, immediately take the time to observe your surroundings at the scene and to determine what caused you to fall. When a fall occurs, many of us too quickly try to get up in hopes that no one has seen our fall. However, what we should hope for is someone who actually witnessed the fall. It's vital to take the necessary time to investigate and observe and identify the condition that caused you to fall. Maybe it was water or some other slippery substance on the floor, or maybe you tripped over a physical impediment in the isle of the store.

In order for you to recover compensation for the injuries that resulted from the fall, the Plaintiff will have to show that a defect existed at the time and place of the fall. Additionally, the defective condition must be such as to present an unreasonable danger to yourself or others.

To prove the condition existed at the time, take a couple of photographs of the surrounding with your phone, especially of the defect that caused your fall. Secondly, look closely to see if there are any factors of the defect which would indicate how long the dangerous condition had been in existence, such as shoe marks or shopping cart wheel prints going through the defect. It is good to look and all around, and note the name and contact information of any witness, including store personnel.

We’ve all heard it before: "a picture is worth a thousand words." If your incident was actually recorded, it is favorable to your case. However, it likely may not be around for long. Retail stores routinely tape over, destroy or otherwise unexplainably lose evidence, irreparably depriving the victim of any meaningful opportunity to accurately present his or case to a jury because of the high potential of spoliation occurring. it is imperative that you take the proactive stance to timely and properly out the owner on notice to preserve any recorded evidence. May retail establishments are equipped, intentionally, with recording devices that loop every so often, effectively destroying the previously recorded evidence by simply re-recording.

Historically, when spoliation of evidence occurred, it was handled by way of an instruction given by the judge to the trial. Once the Judge determined the evidence was lost through spoliation, he was allowed discretion to instruct the jury to presume the evidence would be harmful had the evidence remained available. In July 2014, the Texas Supreme Court articulated a new standard for when a property owner has a duty to preserve and when no such duty exists at all, in the case of Brookshire Brother Ltd. vs Jerry Aldridge. In addition, the ruling court deprived the trial judge of substantial discretion they exercised in remedying spoliation and in effect, permits a party to escape liability for the destruction of relevant evidence by simply demonstrating the destruction occurred in accordance with the responsible party’s retention policy. In so doing, the Court places substantial limits on the trial court’s discretion in crafting an appropriate remedy.

With regards to the existence of a duty to preserve, the Court states that a duty to preserve evidence arises only when a party knows or reasonably should know that there is a substantial chance that a claim will be filed and that evidence in its possession or control will be material and relevant to that claim. Even if the trial court determines that a duty so exists, an instruction can only be proper if the trial finds both, intentional destruction, and secondly, prejudice to the non-spoliating party. The easiest way to show the responsible party’s actual knowledge that there's substantial chance a claim will be filed, is to provide the owner/occupier with a proper and timely notice of claim letter, thereby creating the subjective knowledge requirement. Once the letter is received, it will be difficult for the responsible party to simply deny such knowledge.

If you or a loved ones find yourselves to have fallen victim to a slip/fall or trip/fall injury, contact us, David P. Petersen Law Office, to make sure your legal rights are properly preserved.

Tell Me About Your Situation